A Modifier that is created to align two or more dependent modifiers under that modifier is called a Master Modifier.

In this article, you'll learn how you can create a Master Modifier and how it functions in the menu.

1. Be on the Control Panel

How you can set up a Master Modifier?

You can choose any menu item in any menu category of a menu. Here, for example, let's take a look at the BBQ Chicken Pizza item in the Pizza category of the Wednesday Special menu that we created in the article - 3. Adding a Menu Category.

And this can be done in two ways:

1. Copy Toppings on Whole Pizza and paste it to Category level modifier two times for the Toppings for Left and Right Half and further edit them. 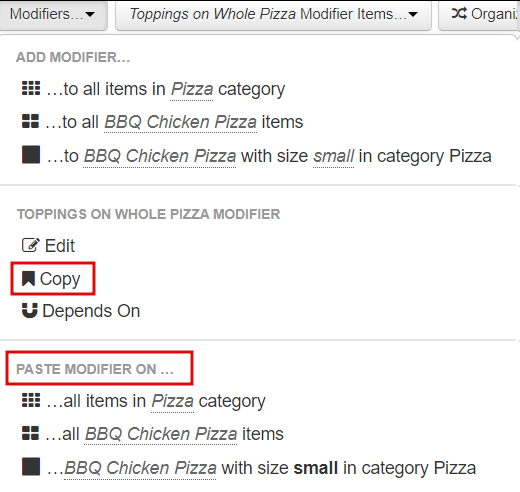 2. Create a new Category level modifier individually for both.

Here, in this guide, let’s use the former copy and paste method.

Setup for Toppings on Left Half modifier 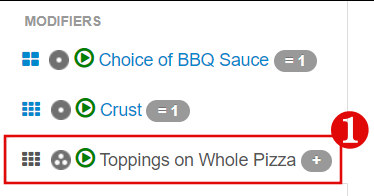 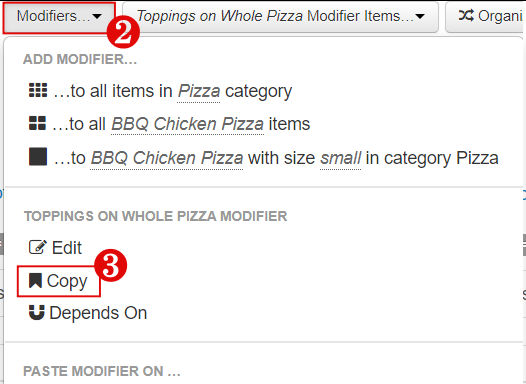 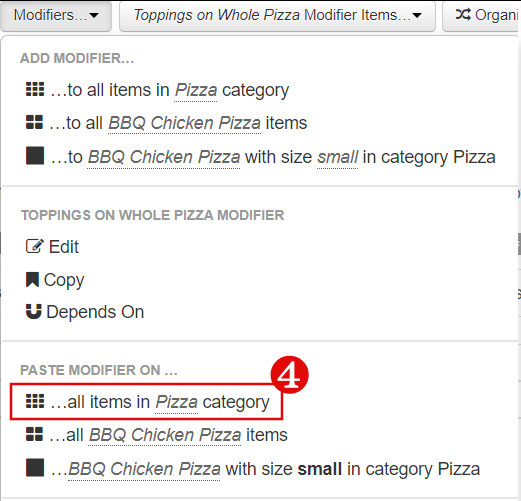 5. Now, click on the last Toppings on Whole Pizza modifier 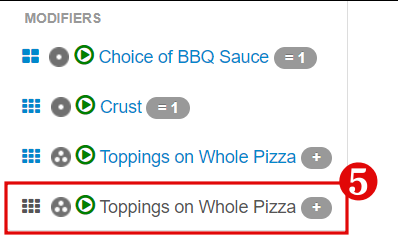 7. Rename it to Toppings on Left Half and keep other settings the same

Let’s edit the prices for the Toppings on Left Half modifier.

The prices can be based on Topping items or Dish sizes. Here, for example, let’s edit the prices according to the Pizza (Dish) sizes.

Now, to add the above-given prices, follow the steps:

2. Go to "Toppings on Left Half Modifier Items..." 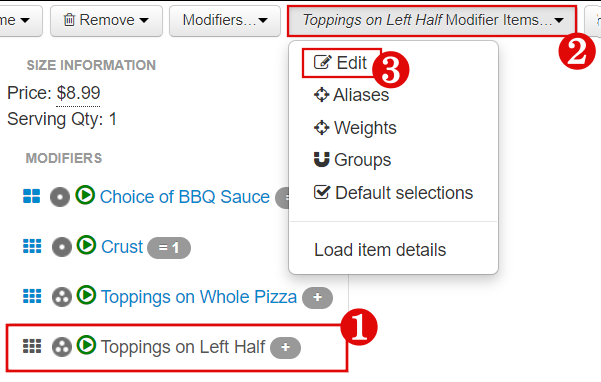 4. Add prices to the items as shown in the following screenshots: 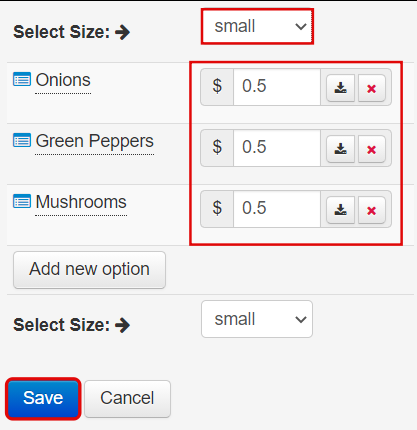 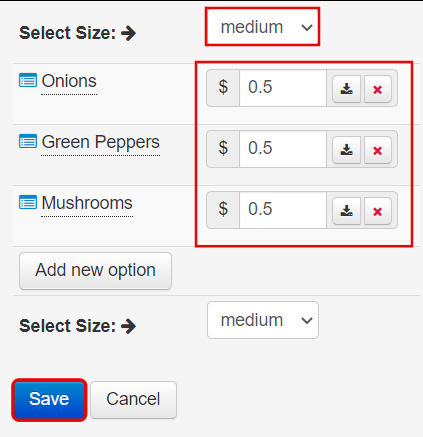 c) For large size, add $1 for all the items and hit Save: 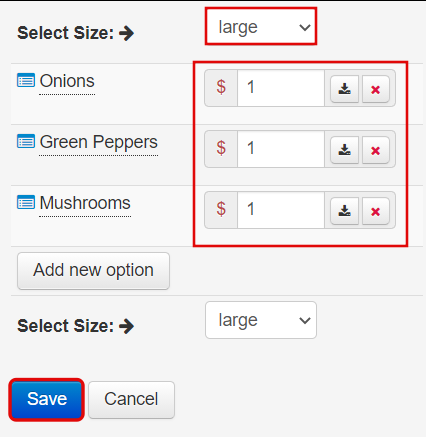 Now repeat the whole above procedure for the Toppings on Right Half modifier.

Now, the Toppings on Right Half modifier has been created: 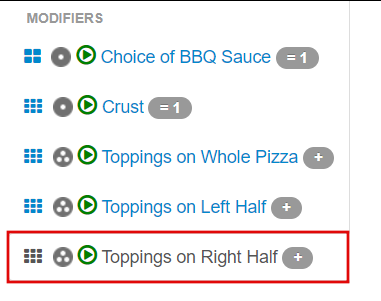 Now, this doesn't look intuitive to the customer as there are a lot of toppings and will make them more confused. So we can structure them according to the type of items using the Master modifier. 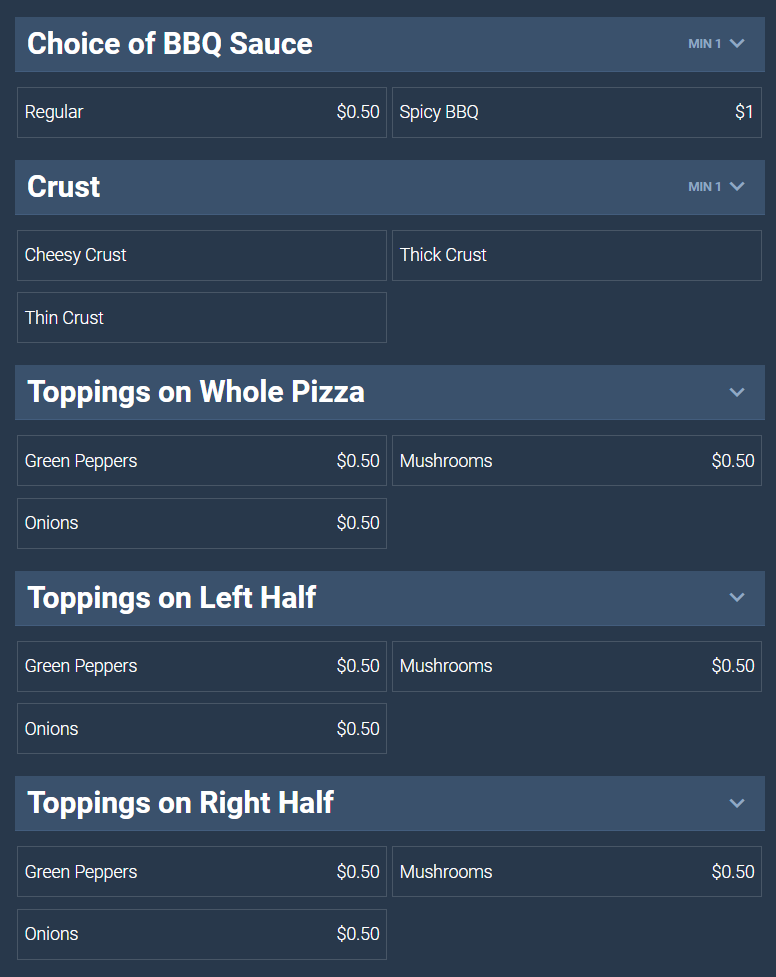 Now we have created Toppings modifier. 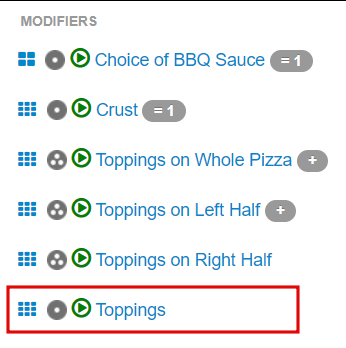 Now, go to all the three types of toppings (Toppings on Whole Pizza, Toppings on Left Half, and Toppings on Right Half) one by one > go to on Modifiers... > Edit > Add Toppings as Master Modifier, then hit Save. 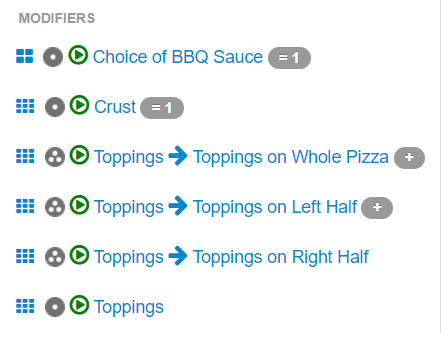 How it shows up in the Order online menu?

1. Go to the Order online menu,

Now all the 3 modifiers come under the Master Modifier – Toppings and the customer can choose between any of them. 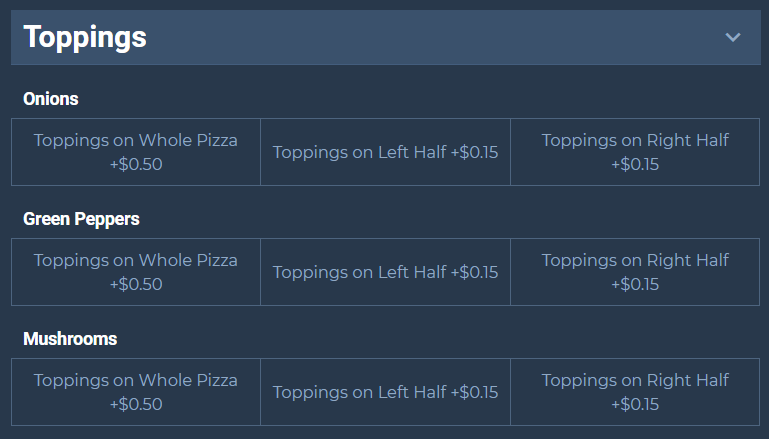