If you have a modifier with more number of modifier items in it, you might want to group them according to their types, to make it easier for the customer to navigate items according to the type they want.

In this article, you'll learn how you can group modifier items into types within a modifier.

Let’s say, the BBQ Chicken Pizza in the Specials category of the Wednesday Special menu (that we created in the article - 2. Adding a Specials menu) comes with the Toppings modifier that constitutes 7 topping items – onions, American cheese, grilled onions, tomato, grilled peppers, sauteed mushrooms, and Swiss cheese as shown below: 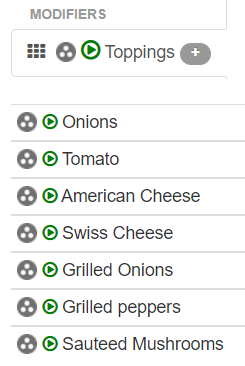 Now, let’s say you can group them into Veggie and Cheese categories to make it easier for the customer to search through the Topping items under these two categories.

Add the above-given topping items to it, and assign prices to these items as shown below: 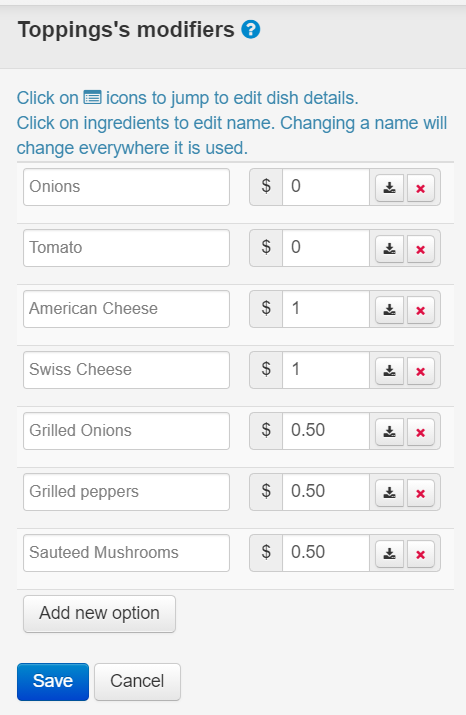 How to group modifier items?

Now that we have created the Toppings modifier, let's group them into Veggie and Cheese categories.

For this, take the following steps: 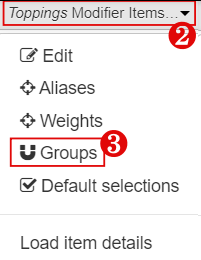 4. Check-in the Use modifier grouping box 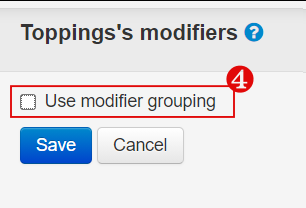 5. Name Group and Label (how it shows up in the menu) as Veggie and Cheese and shown below 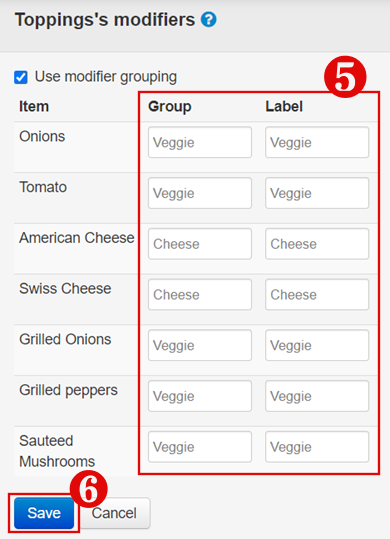 How it shows up in the Order online menu?

Here, you can see the modifier items have been grouped under Cheese and Veggie categories under the Toppings modifier. 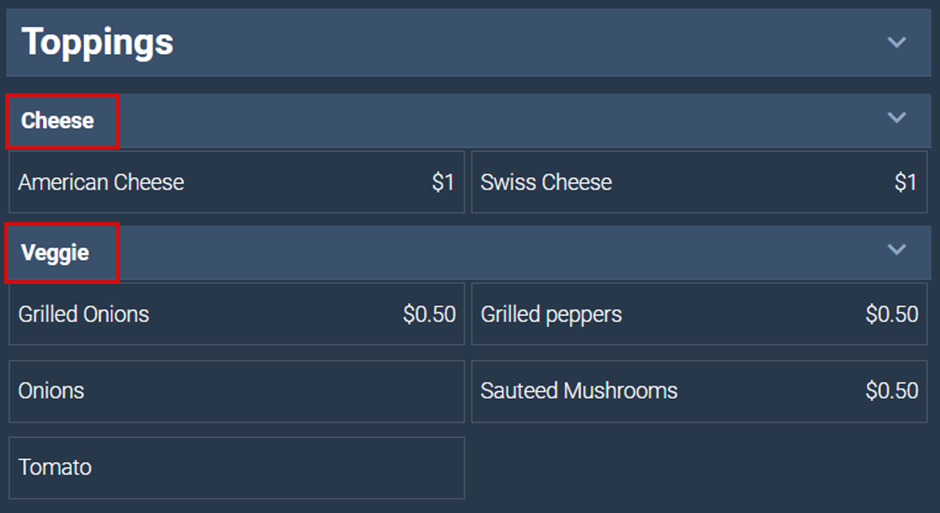 Also: The customer can use the collapse/expand button

to show or hide it.

Now the customer can select multiple toppings and increase the quantity of the toppings as shown in the following screenshot: 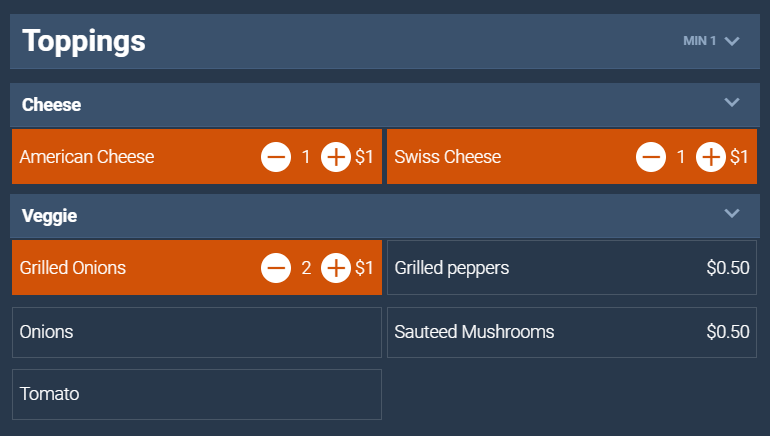 How is Grouping different from Master Modifier? 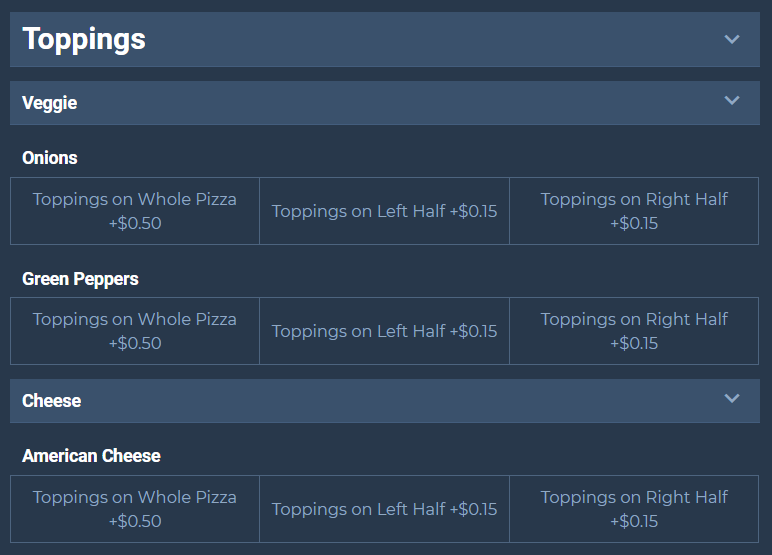