You might want to organize your modifiers in an order according to their importance level.

In this article, you'll learn how to arrange modifiers in an order you want your customers to make selections.

The system, by default, keeps the Dish modifiers on the top followed by the Category level modifiers.

Here, for example, let's go with the Veggie Burger in the Burger category under the default Menu.

2. Go to the Burgers category, 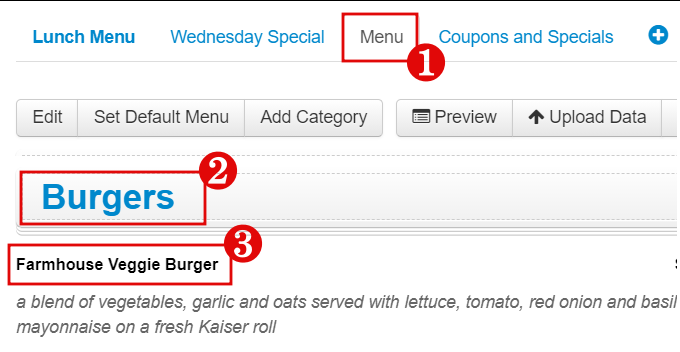 Let's see how to organize the modifiers:

1. Go to the Organize drop-down button,

2. Go to both modifiers one by one to make further edits 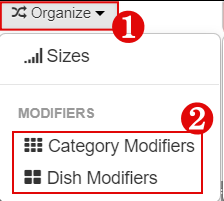 3. Click and drag a modifier upwards or downwards where you want to place it and then drop it there, 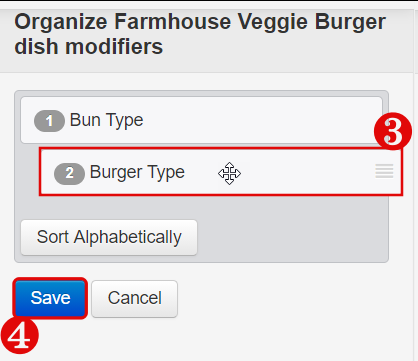